“Believe in the Blue” is an annual campaign conducted in April, in observance of Child Abuse Prevention Month. It is an effort to reach families across the nation with positive parenting tips, because Exchange believes parents have the power to make positive parenting choices in the lives of their children.

Exchange Clubs are encouraged to distribute updated materials (see “Downloadable Resources”) to parents and families in their communities, possibly at a club-sponsored Believe in the Blue event in April. These events are typically designed to meet the needs of the community and incorporate family fun! Other Child Abuse Prevention Month event suggestions:

Support a local child abuse prevention center/Exchange Club Parent Aide program: volunteer time, create a joint project, and/or assist with a donation.
Consider a joint project with the state chapter of Prevent Child Abuse America, such as participation in the Blue Pinwheel Campaign.
Participate in Blue Mondays by wearing blue every Monday in April and encourage your friends, family, and coworkers to do the same!
Ask your mayor, council, or governor to issue a Child Abuse Prevention Month proclamation.
Arrange for a PSA (public service announcement) billboard or through airtime on local radio or television. Exchange’s National Headquarters provides these resources free to all clubs and members!
Get creative about blue ribbon displays, e.g. on the courthouse or city hall; and on police, firefighter, and hospital uniforms; create a blue-ribbon tree in a prominent place.
Mentor a child; participate in a backpack meal program; sponsor an art, speech, or essay contest with a cash/scholarship prize; start a Darkness 2 Light project.

The Pacific Coast Exchange Club is a 501c6 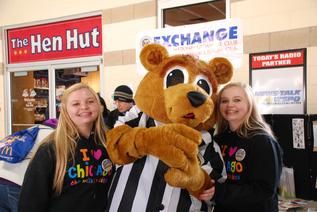 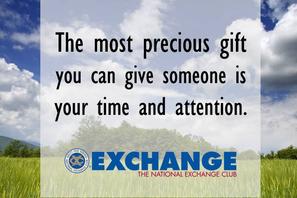 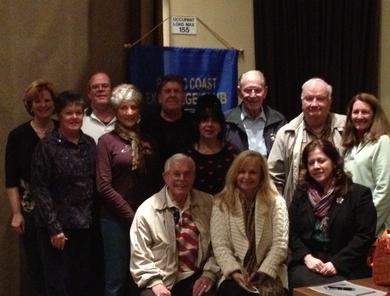 Find out what drives us to do what we do.

Charles A. Berkey is credited with the founding of this great organization. At his suggestion, the name “Exchange” was selected because the group wanted to exchange ideas and information with like-minded individuals about how to better serve their communities.

The first local Exchange Club was formed in Detroit, Michigan, in 1911. The second was the Exchange Club of Toledo, Ohio, formed in 1913. Subsequently, two others were organized in Grand Rapids, Michigan, and Cleveland, Ohio. These four clubs were the first to be chartered by The National Exchange Club after it was organized as a nonprofit, educational organization in 1917.

Exchange Clubs sponsor activities under the organization’s Programs of Service – Americanism, Youth Programs and Community Service – as well as its National Project, the prevention of child abuse. Each year, communities benefit from the promotion of pride in our great country, college scholarships, youth mentoring, service to the underprivileged, and other services tailored to serve the needs of its citizens.

In addition to these programs, The National Exchange Club has been at the forefront of significant developments in American history, including the early days of aviation progress. The spirit of patriotism, along with a desire to heighten awareness of our rich religious heritage, placed Exchange in a position of leadership with other organizations that led to the addition of the words “Under God” to the Pledge of Allegiance in 1954.